Situated on a huge rocky outcrop, surrounded by a deep gorge through which flows the river Alhama, Alhama de Granada offers magnificent views of both the town and of the river gorge. In the old quarter, narrow steep streets display moments in history, here you can find many remarkable monuments of the town.

The Spa is one of the most famous in Spain and should not be missed.

Around Alhama you can find many places where travelers can enjoy the beauty of the landscapes of Western Granada: to the north, the Sierra de Loja, a meeting place for lovers of paragliding and hang gliding, to the south, the incomparable northern slope of Sierra Tejeda, an impressive mass of reddish-brown stone surrounded by the leafy greens of vineyards, yew and pine trees, and in winter, topped by a white cap of snow to the south-west, is the Boquete de Llano Zafarraya, a cleft in the mountains that leads to the Costa del Sol and the Mediterranean.

Located at a strategic point of communication with western Andalusia, Alhama is a historical area, from Roman times, through a lavish period during Arab times,
in the Reconquista, (the Christian conquest), Alhama played a decisive role, since it was here the conquest of the Nazari Kingdom began.

With the Christian era came changes in the architectural character, maintaining the boundaries of the Christian town, and having an Arab quarter, with narrow, labyrinthine steeply sloping streets.

In calle Llana, which had been a somewhat primitive area, many large houses were built, and many are still in good condition, with decorated frontages.

Only in the seventeenth and eighteenth centuries did the population will expand, changing the appearance of the city outside the walls, Alhama becoming a more conventional town.

This phase covers an area of streets, not built entirely in straight lines because of the lie of the land, but showing an intention to move away from the crowded streets of the Arab quarter.

There are two distinct and separate areas in the town, one being La Joya, which was completely rebuilt after the earthquake of 1,884, according to the approach that we see in other constructions in the region after the earthquake (for example, Arenas del Rey). Unfortunately, the new neighborhood, built in the early eighties is of little urban interest.

Without doubt, the heart of the historic centre is the Plaza de los Presos, a unique open space in the medieval city, from where the streets of the town radiate outwards following the rebuilding after the Reconquista. Here you can find buildings emblematic of the new powers, both ecclesiastical and civil: the House of the Inquisition, the old granary, the former prison and the Church of the Incarnation, the latter connected to the vestry by a “covered way”, which gives some interesting perspectives of the building.

Equally interesting is the Paraje de los Tajos, the natural boundary of the city, which has one of the most characteristic landscapes of the area, with terraced houses built on the rock, a fine view of the gorge, and the river in the background forming a beautiful panoramic view.

Take the A-92 from Salar or Moraleda de Zafayona. Take the A-338  through Pantano de Los Bermejales, and the A-335 through the Zafarraya gap, gateway to the lands of  Alhama. Situated 54 kilometers from Granada, and populated since ancient times, along steep slopes, its many inhabitants have built a strong defensive system with watchtowers in many places. 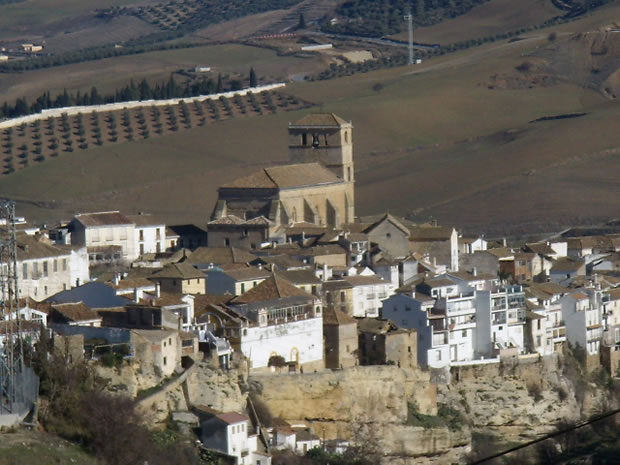 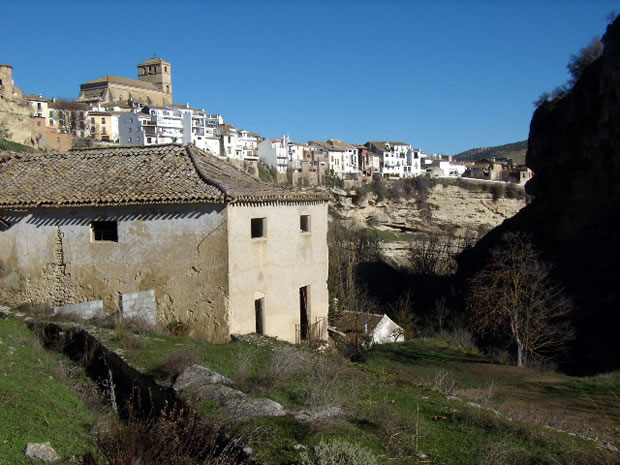 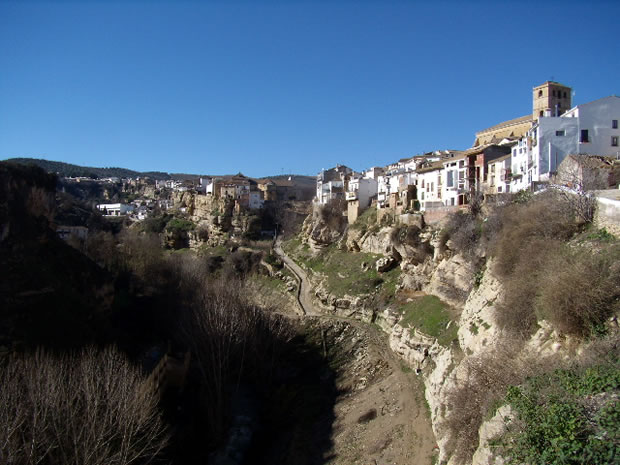