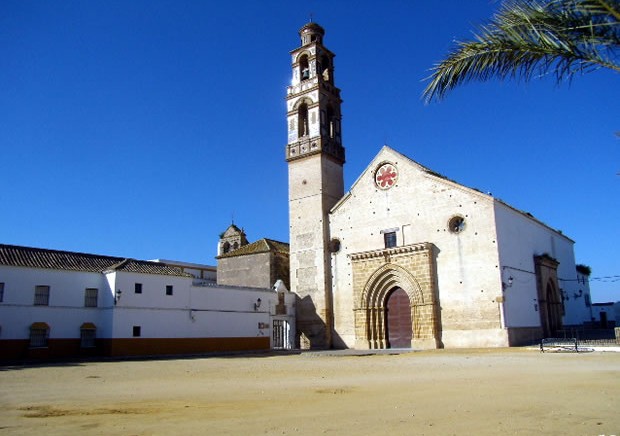 It was the first Christian-Castilian foundation and became the private chapel of the dukes in the interior of their palace resident.

It has two facades: the main (more primitive) was restored in the year 2001 after been blocked for many years at it presents remains of the Romanic style and lancet arches in stonework, and the secondary was realized in brick with lancet arches.

The tower was constructed around 1560 being supported bt an Islamic turret which could be part of the ancient mosque or of the walled enclosure of the “Alcazaba” (Citadel).

The Mudejar moulded ceiling is distinguished together with a high choir with gallery and lattice windows where the ducal family took a seat during the liturgical celebrations.

The Main Altarpiece dated from the end of the 17th century contains the carving of the Virgin of “La Mota” from the 16th century in its centra shrine.

The church is the See of the Brotherhood of the Saint Burial (Reclining Christ realized be Jerónimo Hernández in 1575 and the Virgin of the Soledad (realized by Gaspar del Águila in 1570. Both are found in lateral chapels.