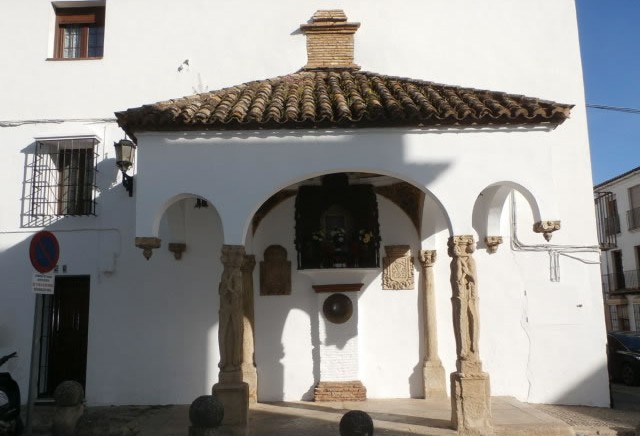 The Shrine of Los Ahorcados is located in C/Virgen de los Dolores (street), just few minutes from the Descalzos Square (Plaza de los Descalzos) where is also the Santa Cecilia Church, in Ronda.

This is a still functioning chapel of the type so often found in Spain during the 16th  and 17th centuries. It is consecrated to the Virgen de los Dolores, corresponding to a type of votive chapel without an altar, and has an obviously urban influence.

Its origins are not known nor is the actual purpose of the chapel. Nevertheless it was commonly known as a place for executions, inspired by the character of the sculptures that adorn it.

The most original and arresting feature of the chapel are the frontal pillars, two Ionic columns flanked by four anthropomorphic figures. Those found on the interior have the appearance of bird-men whilst those on the exterior have a human aspect, although more simply sketched. Figures such as these correspond perfectly to the spirit of Mannerism of the second half of the 18th Century, although the date of the inscription places them in the first half of that Century. These figures relate perfectly to various primitive forms found in Precolumbus America and seen on the façade of the Palace of Salvatierra.

In the marble medallion that exists in the shrine it states that it was constructed in the year 1734, during the reign of Fernando VI, the alderman of Ronda being at that time Don Manuel Joaquin de Vega Meléndez and the member of parliament Don Andrés Gago Sedeño. 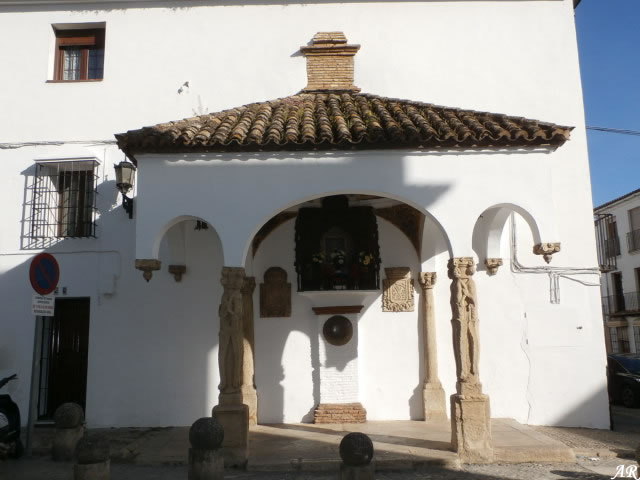 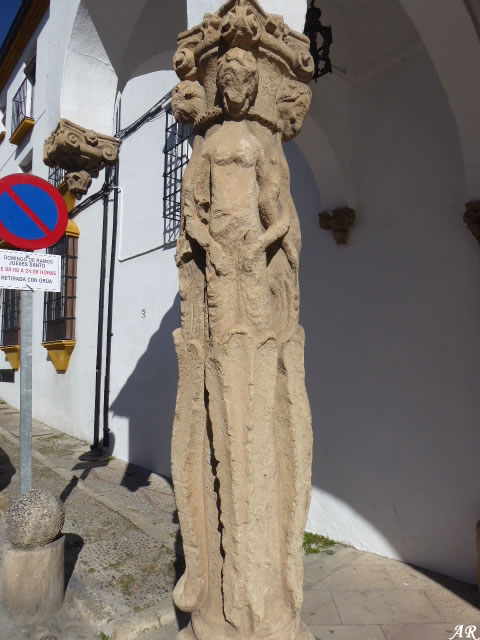