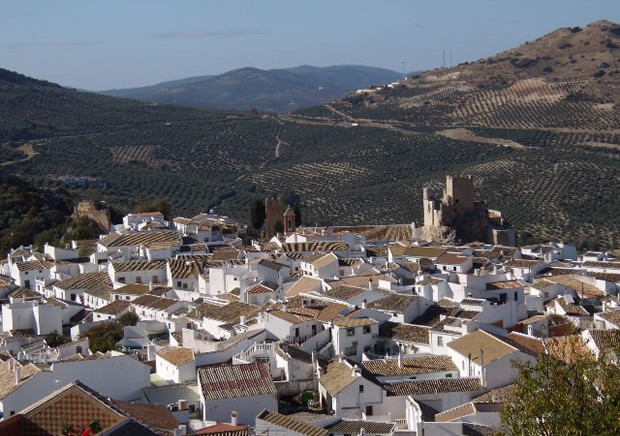 Zuheros can be found to the southwest of the province of Cordoba, 73 kilometers from the capital. Zuheros has an area of 4,234 hectares, bounded to the north by Baena, to the northwest and west by Doña Mencia, to the southeast by Cabra, to the south by Carcabuey and to the west and east by Luque. These boundaries, in general, run along the lines of the banks of the river Bailon and of those of its tributaries.

Zuheros sits at the heart of the Parque Natural de la Subbética which lies between the ‘Depresion Penibética’ and the Guadalquivir river valley. All of the Sierras Subbéticas, together with other peaks sometimes at an altitude exceeding 1,500 metres above sea level, cover most of the mountain ranges that constitute the Subbetica represented around the province, and are a part of the Cordilleras Bétivas which run through this part of southern Spain.

It is thought that the first settlements began in the late ninth century, when soldiers of Banu Himsi built a castle built on top of impregnable rocks, called it “sujaira”, and settled there.

Originally, Zujeros was under the jurisdiction of Cora Elvira ( Granada ), being fortified in the late twelfth century. In 1240 it was conquered by Ferdinand III, putting the castle under baronial jurisdiction and thereby strengthening the border with the Nazari kingdom of Granada. Alfonso X, “El Sabio”, gave it to his son, the Infante Don Juan, but as a result of breach of an accord, Sancho IV ordered it consigned to Córdoba, in 1293, remaining under its jurisdiction to this day. In the fifteenth century Zujeros became the property of the House of Aguilar and later, to descendants of Fernández de Córdoba who built the palace annexed to the castle, some of which has been preserved to the present.

Currently, the majority of the population of Zuheros is dedicated to agriculture and, in particular to the cultivation and harvesting of olives, the main agricultural activity apart from livestock, which sees the production, right from pasture to production, of organic cheeses and their sale and export throughout Spain and abroad. In recent years, with the growth of rural tourism, coupled with greater promotion of the “Cueva de los Murcielagos (Bat Cave), declared a Natural Monument by the Government of Andalusia in 2002, and the town itself, also declared of Cultural Interest and of historical / artistic interest in the year 2003, the Natural Park of Sierras Subbéticas and the Via Verde de la Subbética have brought an additional economic boost to the local people.

From the Train Station 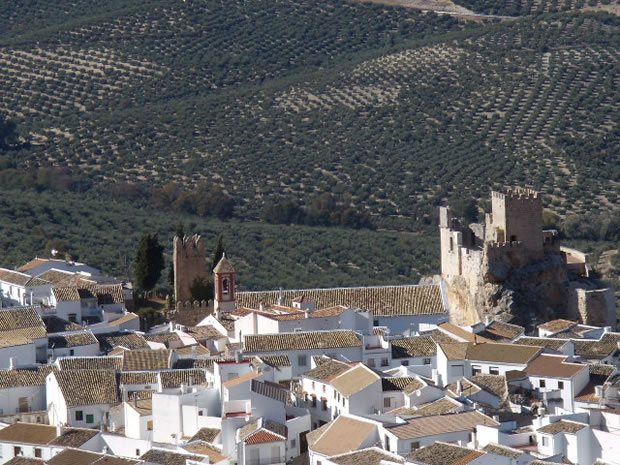